I grew up in the sixties in the small town of Bergisch Gladbach near Cologne, Germany. My birth name is Martha Brigitte. My family was strictly Catholic. Childhood wasn't an easy one. The traumatic experiences in that family made me search for truth and real love quite early.

The first taste of "something better than what was there", a taste of the astral world, happened through my innocent childlike love for Jesus and also through a clairvoyant predisposition.
As a child and young woman I perceived psychic talents to be a burden or hindrance. It made me feel torn between an arrogance of being special and a fear of being "not normal." In later years, my practice of meditation and inner work helped free me of the burden: neither "being special" nor being "a hindrance". Integration into inner quietude put those gifts into loving service for myself and others.

From an early age listening to and practicing classical music, poetry, art and a passion for dance opened a door to the Divine … Persistently I followed the heartfelt wish for what I thought of as self-fullfilment. This led through religious, philosophical and therapeutic concepts and finally to meditation and on a spiritual path with my master Osho.

After studying and graduating in stage dance, dance pedagogy and choreography, dramatics, history of art and German language, I taught at a full time vocational school for dance. My artistic approach was inspired and motivated by the aspiration of "the higher". This made me an interesting teacher but rather useless in the eyes of the ambitious and goal oriented professional world.

In 1983, at the beginning of a promising career as a choreographer, Osho entered my life. Recognising in him the first sensitive and deeply touching answer to my thirst for truth and love, I dropped out of career and social life to put all my energy into self-discovery. I had the plan to "fix" myself in about a year in the Osho Commune in India and then return to the West as a better and spiritually inspired choreographer - that plan did not quite work out as imagined ... but it certainly did not fail!

From Osho I received the spiritual name Jivan Adima ("Innocent Life": Jivan means life, incarnation; Adima means innocent, origin, before all time).
My search took form through him. I began to see the delusion and trickiness of mind and opened up to the intelligence of the heart and spontaneity of being. He opened doors, whether locked, guarded or hidden. He poked holes into the screen on which "me and my story" was running, thus he kept disturbing my movie.

Osho's presence filled my mind and heart with silence. He guided me on the way to - Nothing.

Over a period of thirteen years I lived and studied the greater part of each year in the Osho Commune, India and led an adventurous life on two continents, sharing with like-minded friends and taking the opportunity to study meditation, spiritual therapy, esoteric science and alternative healing.

Two teachers in the Osho Commune have strongly influenced and changed my life:
Ma Kaveesha, the director of the Osho Mystery School and
Sw. Dheeraj, the founder of Tibetan Pulsing Yoga

In December 1991, I met Papaji (H.W.L.Poonjaji) in Lucknow. I spent "only" two calendar weeks with him. Two weeks which changed everything ... and, at the end of which "I" flipped back to my known version of my story, and yet... disturbed enough to stay alert and somehow perceive in a new way ...
Around Papaj, I experienced a profound realization of non-separateness, a ten day Samadhi state. I call it a state, because that's what it was! States have a beginning and an end. This one ended. Somehow my mind convinced itself that "this" was all too easy. There was a way back into "me and my story" and I took that way, following the pull of ideas about personal desires, foremost about "to be someone, become something and find Mr. Right."

Papaji had transmitted that truth reveals when mind simply drops into its own source, thus unveiling truth to be realized as one's nature. THIS possibility vibrates behind the (known) question of self-inquiry: "Who am I?" Asking the question invites mind and heart to die into the presence of this moment. Papaji's transmission fueled up the fire within ... made it unavoidable.

By grace it happened about eight years later that the answer to the question "Who am I?" left "ME" silent ... void ... The discovery that "I" does not exist as a separate entity did not even leave someone who discovered or who could DO anything with the discovery. A great relaxation and the end of spiritual ambitions.

Friends ask me about "having two masters" or how many teachers does one need? I got exactly and precisely what supported me to unfold. This seems to be the point. There is an matching answer from the universe to our wish for freedom. Just listen ... whether loud and clear or as a whisper ... when you listen (into the void ...) you will receive your answer, it will be heard. You may need a master - most of us do - you may need a bunch of masters and teachers appearing in your consciousness ... or none. It will come exactly the way it's needed while our job is to respond, to open up, to wait and see what unfolds on its own so that the response can be authentic.

A break-down of body and circumstance around 2010/2011 taught me a new pacing and understanding of how to stay healthy and happy in the aging body and how to serve my sensitivity in appropriate ways.

In 2015 after many years of living on different continents Sudeva and I met again in person ... we had been old friends with an always warm hearted connection as study colleagues, spirit associates, then facebook friends. When we met again in person we fell in love ... simply and mysteriously ... and joined our lives and work together. Read about us here (different website)

I'm happy to be in Australia now and to meet with people here. Visits to Europe are likely to happen and maybe friends in Europe consider a travel down under ... it's worth the trip! 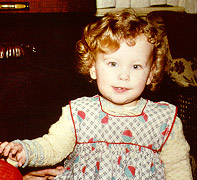